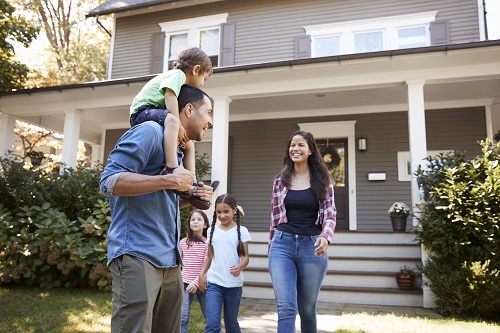 Preventable injuries are the 3rd leading cause of death in the United States. NSC research shows incidents occurring at home and in the community account for 72% of all preventable injury-related deaths.

By sharing information and recommendations on how to minimize everyday hazards, the Council is committed to helping people mitigate those risks to make home a truly safe place to be.

IN 2018, WE MADE HOMES AND COMMUNITIES SAFER

Participated in a White House signing ceremony for H.R. 6 – SUPPORT for Patients and Communities Act

Awarded the Green Cross for Safety Innovation Award, sponsored by UPS®, to the Brigham Health Sleep Matters Initiative for addressing the fatigue epidemic through sleep disorder screening and education

Built and strengthened relationships with key stakeholders, including signing a new MOU with Students Against Destructive Decisions (SADD)

Established a partnership with the University of Michigan to research how teens begin to use and misuse opioids, with support from Walgreens, Nationwide Insurance, Joneen and Ray Betler and Brian Cook

Called for an end to lap children on airplanes with an Aviation Day video with former flight attendant Jan Brown, which was viewed over 200,000 times

Rolled out Community Fundraising Toolkit to engage individuals, groups, schools and businesses to fundraise in their communities in support of our lifesaving mission

The Prescribed to Death Memorial made a measurable impact on visitors, with 83% saying they feel very comfortable talking to others about dangers of opioids, and would feel comfortable asking a doctor for alternatives