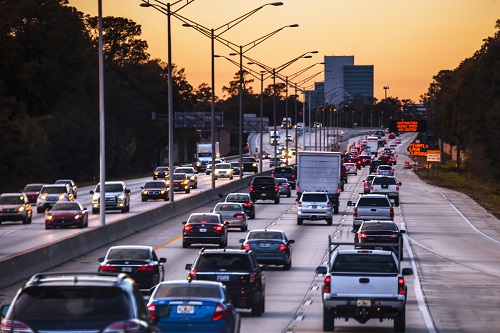 Safety On the Road

Every family, individual and business in the country relies on our nation’s roadways. We expect 100% safe operations on our ships, planes and trains, but we still lose 100 lives every day on our roads.

More than 40,000 people died in 2017 in vehicle crashes, and the numbers have not improved. Each of these deaths is preventable, and the National Safety Council is working on a variety of fronts to reduce crashes, prevent injuries and save lives.

Awarded the Green Cross for Safety Excellence Award, sponsored by Schneider Electric, to Schneider National for early adoption and successful integration of Collision Mitigation System (CMS) to the fleet

Grew Road to Zero Coalition membership by 33% to 800+ members and awarded $1.5 million in community grants, a 50% funding increase over 2017

Partnered with Travelers on the #EverySecondMatters distracted driving campaign

Presented Robert F. Borkenstein Award to Dr. Marilyn Huestis for her work in forensic toxicology as a leader, researcher, teacher and expert witness

Partnered with AAA to share MyCarDoesWhat videos in training courses

Created and disseminated teen driving safety materials, including Pointers for Parents and New Driver Deal through a grant from General Motors